The Greeks at Oddfellows Playhouse

The Teen Repertory Company at Oddfellows Playhouse in Middletown is taking on two epic tragedies by Euripides this spring - Iphigenia at Aulis and The Trojan Women. It promises to be one exciting evening of dramatic theater.

The Greeks, created in 1979 for the Royal Shakespeare Company by director John Barton and playwright/translator Kenneth Cavander, will be performed at Oddfellows Playhouse on May 19 - 21 and 27 -28 at 7 pm. Tickets are available at www.oddfellows.org.

This is one of the most ambitious projects which the Teen Repertory Company - made up of 21 actors between the ages of 14 and 20 - has taken on in recent years. The two hour show starts with the Greek fleet assembling at Aulis to rescue Helen from Troy, only to be stymied when the Greek general Agamemnon is required by the Goddess Artemis to sacrifice his eldest daughter Iphigenia if the fleet wants to get the wind to set sail.

The second half (The Trojan Women) takes place ten years later, when Troy has been ravaged and the royal women of Troy are being claimed by the Greeks as slaves and concubines.

?This play is deep and dark and ancient, yet it resonates with images that we see daily coming from Ukraine and other war-torn places?, says director Dic Wheeler, also Oddfellows? Artistic Director. ?It addresses love, loyalty, sacrifice, cruelty, family - deep human issues that are as real today as they were in 408 B.C.?

ARTFARM Artistic Director Marcella Trowbridge, who is co-director and choreographer for  The Greeks, adds ?Young people right now are dealing with a lot of trauma, a lot of grief. While we chose a comedy in the fall to help them feel comfortable coming together again after nearly two years of pandemic, this spring we felt that The Greeks could provide a powerful vessel for all the grief they are experiencing. They have been doing amazing and inspiring emotional work with this material.?

Scenic Design for The Greeks is by Tina Hurlbert. Lighting Design by J-P LaRocco. Costume Design by Daniel Schmidt. Sound Design and original music by Banning Eyre of Afropop Worldwide, and Properties Design is by Caleb Warner.

Oddfellows Playhouse, founded in 1975, is Connecticut?s oldest and largest theater for young people. The Playhouse is located at 128 Washington Street in Middletown. For information about this production and other Playhouse programs, call (860) 347-6143, email info@oddfellows.org, or go to www.oddfellows.org.

Tickets for The Greeks are $18 for adults and $10 for students, and may be purchased at https://oddfellowsplayhouse.ticketleap.com/the-greeks/dates. The Thursday, May 19 performance is a ?Pay-What-You-Can? preview. Seating is limited and reservations are strongly recommended. The play contains violence and cruelty and is not recommended for young children. 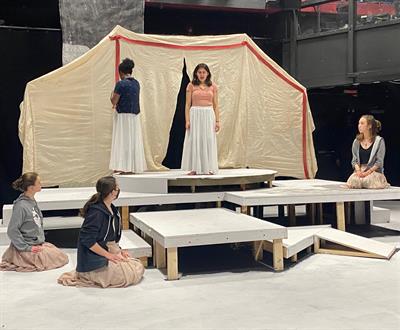 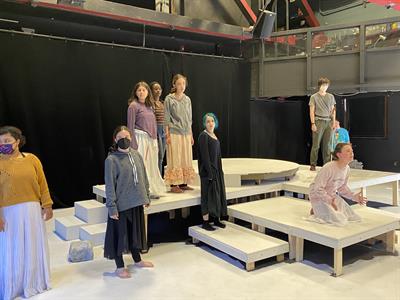 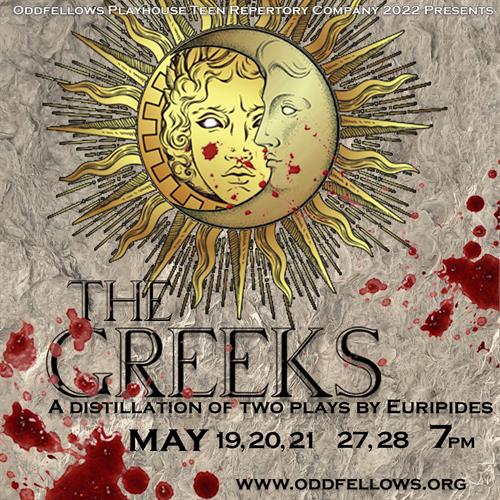